It is great because I have an aunt and cousins who live in my hometown.  During this visit I was keen to go down and visit them, but also walk around the little town of Dividing Creek, NJ.  This is really something that I never did.  I went on bike rides but never just walked through town.  I really didn´t have much to do with town except for going to church and driving through to get out of town.  It was always a 20 to 30 minute ride to get anywhere worth getting to.  Now after being away for over 20 years, I had a real urge to go home, not just to my parents house which they moved to 10 years ago, but to my hometown.

I parked the car at my aunt's house and my cousin armed me with bug spray because she was sure I would be eaten alive.  I set off with my camera, sketchbook, and a bottle of water.  Those nasty green eyed stinging flies known as green-heads to South Jersey locals, were bouncing off of me like crazy... I thought I ought to invest money in this bug spray company because they weren't biting.  I wandered around the town trying to remember who lived where and was in awe of the condition of some of the buildings and more so of the fact that they were still standing.  Some places were abandoned when I was a kid.

I took lots of photos of natural scenes and some of groupings of houses and buildings.  I had painted the Dividing Creek bridge as a child.  Later I took photos of signs on the bridge and made a painting while living in Leipzig, Germany.  That was also a time when I was feeling quite like reestablishing a connection to home.  I found the spot where I must have made those photos from before.  The signs have since changed but the message was still the same- condemning anyone for stopping or standing, swimming or fishing, and now you couldn't even use bad language!  I remember when these signs eliminated any signs of life on every bridge in town.  I am sure the mayor at the time, who owned one of the boat renting crabbing businesses, saw the weekend crabbers on the bridges more as a business loss than a traffic hindrance. 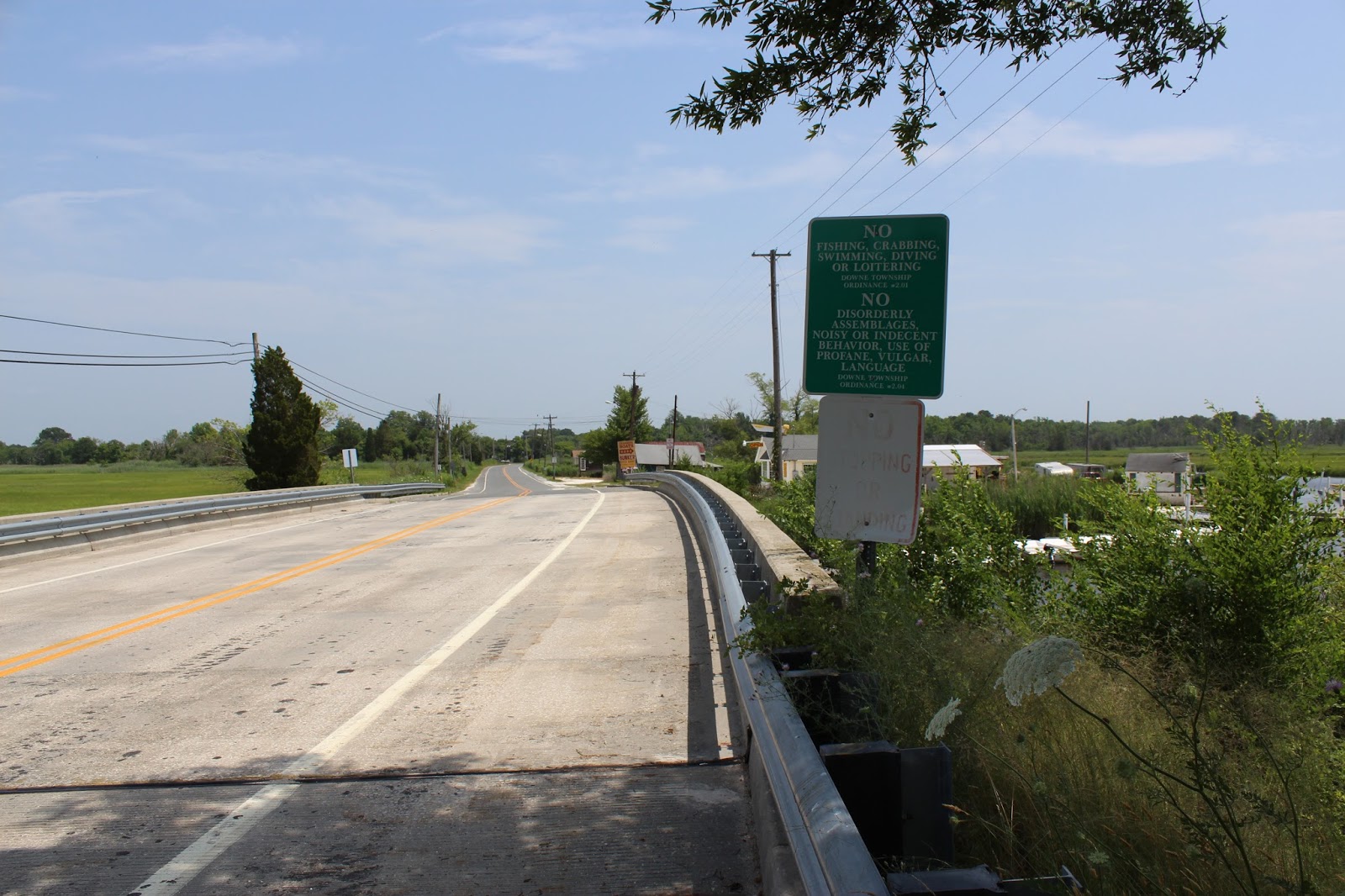 I crossed the Dividing Creek bridge and headed down to Dragston Road where the house that I grew up in is now the home of the neighbor's daughter.  Most things looked the same but some things seemed completely different.  I left her and her parents postcards in their mailboxes.  Mainly to say hi, but also to let them know that I was the weirdo that was taking pictures of their houses.  A few cars suspiciously slowed down as they passed me standing along the road with my camera.  Snapping photos while walking along small town roads seemed to make many people uneasy.  I was lucky to be carrying postcards for recently past exhibitions in order to explain that I was a painter looking for inspiration for sketches and paintings. 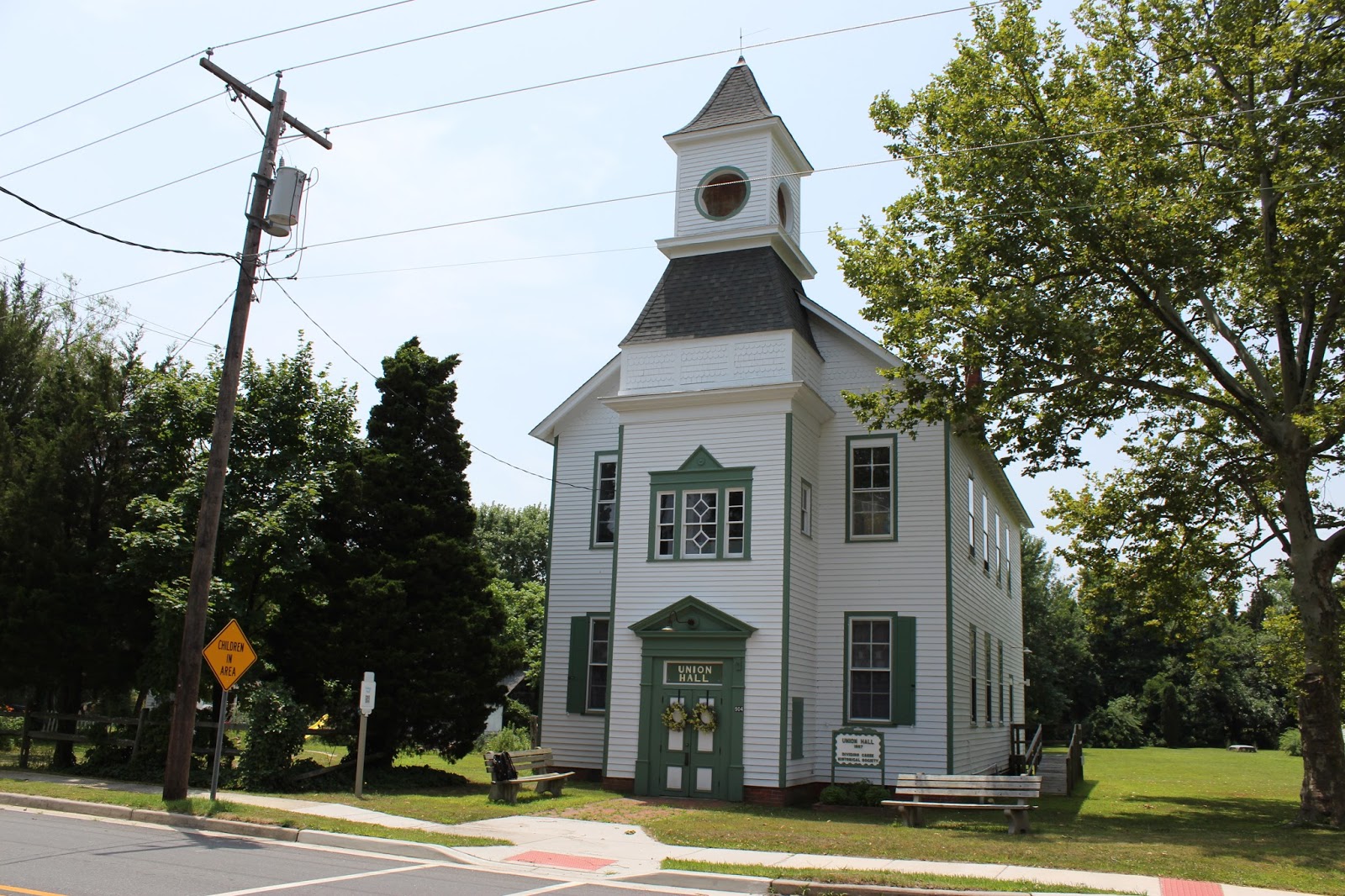 Up until now, I have not looked through the photos I took on that walk through my hometown.  Shame it was just about impossible to even think about standing still let alone sit and sketch with all those bugs.  Another cousin I met on this walk spoke wisely when he said that the folks who live there can't wish away the bugs or they would be chased out by tourists and fancy resorts.  The bugs are the sole reason for people not to come in and turn the place into a sort of popular fishing and crabbing resort, if there is such a thing.  I hope to use some of the locations in paintings that visually introduce the beginnings of an odd narrative or romantically depict the ordinary.  I thought a lot about the local artists who visit these small towns regularly to paint or make photographs.  I thought it would be interesting to try and meet a few.  So that is just what I did.
Posted by Unknown at 18:44 No comments: